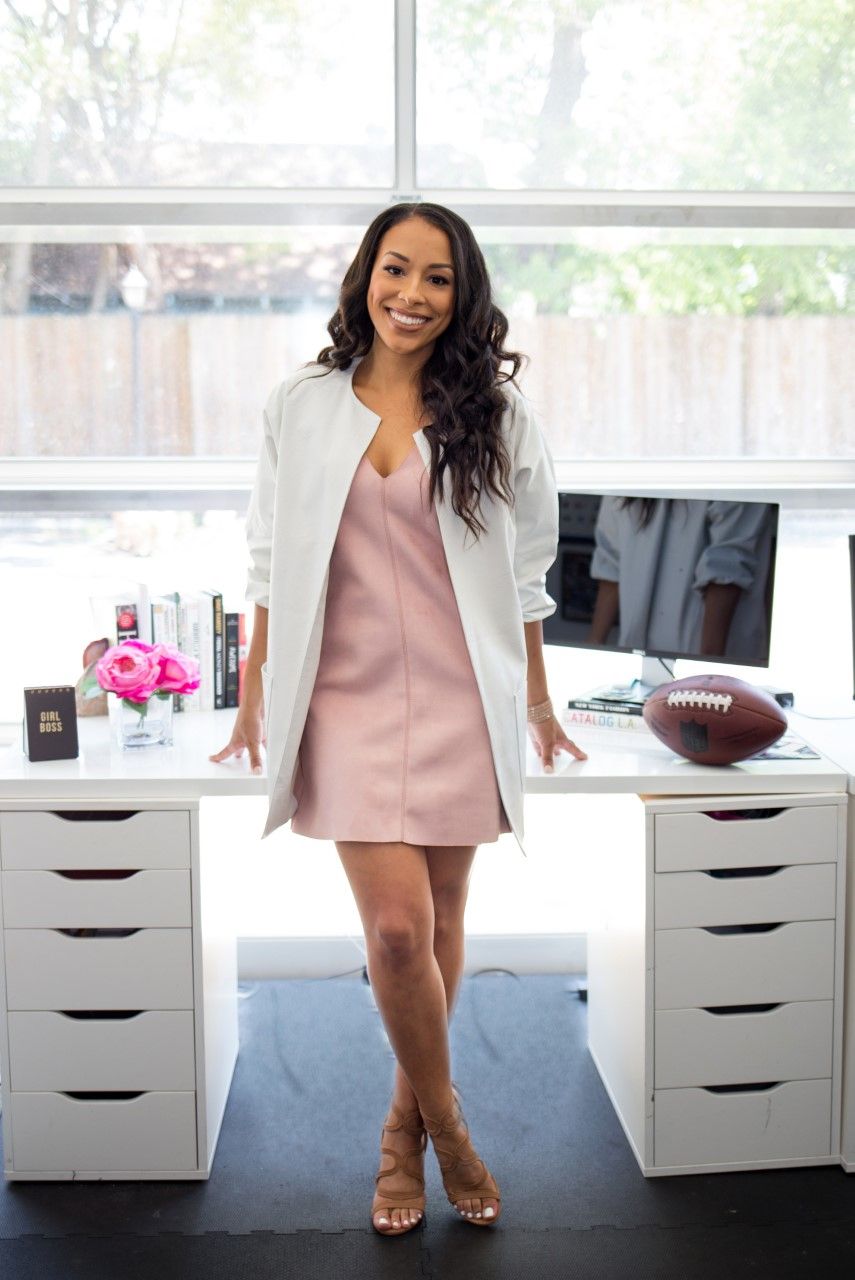 Sports is traditionally deemed as male dominated, from the players who put their bodies on line for our entertainment to the executives who keep the wheels running. However, time has evolved and so has the narrative shifted towards the right direction of diversity.

For Nicole Lynn, she embodies this transition. Earlier this year, She made headlines when she became the first black woman to represent one of the Top Draft Picks in the 2019 NFL Draft, as a chief agent at Young Money APAA Sports.

The journey towards the recognition and accolades Nicole has received over the past few years and this year in particular has however, not been an overnight success. Her passion to work with football athletes and help them, saw her quiting Wall Street Job at a young age of 23 and pursue a Law Degree at The University of Oklahoma.

She then went on to work for The NFL Players Association for few months before sitting for the agent exam and working with a Professional Sports Agency. The passion to pursue what others might have seen as an absurd dream, has earned her the respect and success in a cutthroat competititve job of representing professional athletes.

Her accomplishments are a testimony to other women, who are thinking and motivated to be Sports Agents in a Male Dominated Industry, that they can also do it, with hard work and poise. Her wit to stick with it, knowing well and good that when she succeeds, she will not only be establishing a name for herself, but also she will have opened a door for a number of women coming after her.

Today, her extensive list of clients include players with Denver Broncos, Oakland Raiders, Washington Redskins and the New York Jets. Having just represented the Number 3 Overall Draft Pick in the 2019 NFL Draft, it is safe to say Nicole is going no where.

Between working for an International Law Firm and Reppin’ Pro Athletes, she knows no glass ceiling. It is because of women like her, that other women become motivated enough to break in “tradtionally tabooed male dominated industries”, knowing that it can be done. And for this, we are cheering for you head on Nicole!

iThere are no comments

Begin typing your search above and press return to search. Press Esc to cancel.